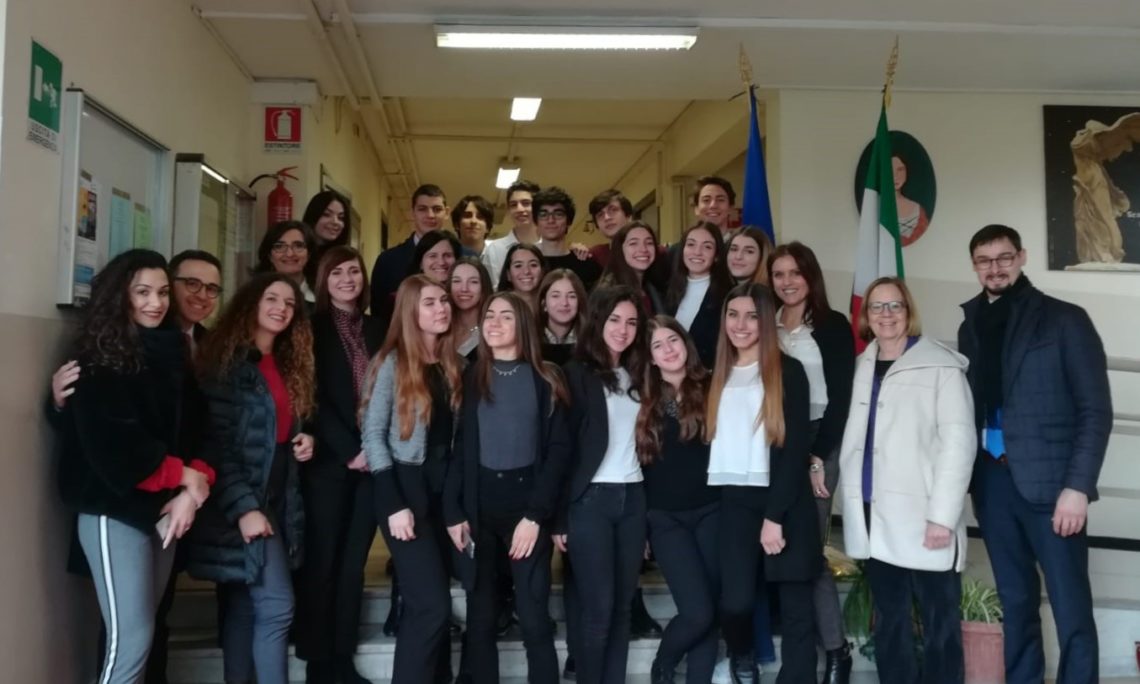 USUN Rome is supporting the international Model UN taking place at the World Food Program organized by non-profit Global Action Italy.  We are working with the students, who represent the United States as delegates and journalists, on a variety of UN issues, including tackling hunger worldwide.

In the first of a series of meetings, the Public Affairs team visited the school, where we spoke with the students and answered their insightful questions about the United States’ role in the UN system, and explained how the Mission interacts with Rome-based UN agencies to promote food security and end hunger .