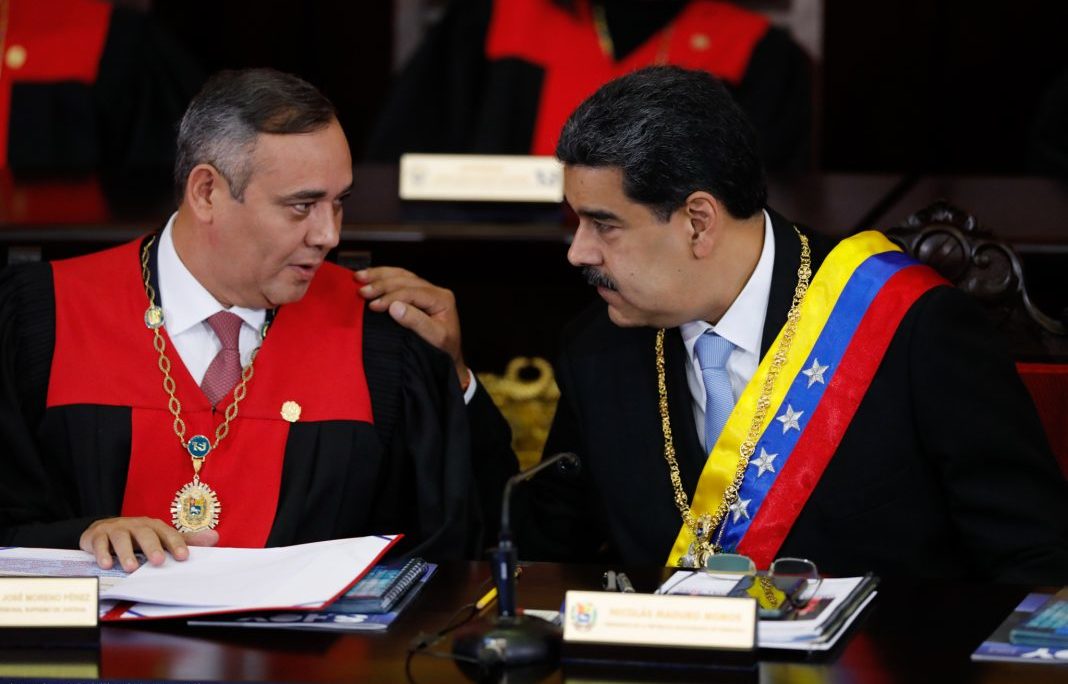 Since 2017, the U.S. has sanctioned people, businesses, and oil entities associated with the former Maduro regime, both inside and outside of Venezuela.

Why are sanctions necessary and who actually feels their impact?

U.S. sanctions are designed to ensure that Maduro and his cronies don’t profit from illegal gold mining, state-operated oil operations, or other business transactions that would enable the regime’s criminal activity and human rights abuses.

For example, the oil sanctions are designed to “to cut off those sources of financial income and prevent the oil industry from being exploited for patronage,” State Department’s Carrie Filipetti told a U.S. Senate committee.

This means sanctions go after someone such as Alex Saab, a Colombian businessman who used a network of shell companies to hide profits from no-bid, overvalued contracts obtained through bribes and kickbacks. Now that he is sanctioned, he is no longer allowed to conduct business in the U.S. or through the U.S. financial system.

Economists agree that U.S. sanctions are not responsible for the Venezuelan economy’s decline. According to a Brookings Institution and Harvard University study, “when analyzing several socioeconomic outcomes in Venezuela across time, it becomes clear that the bulk of the deterioration in living standards occurred long before the sanctions were enacted in 2017.”

And while the U.S. government imposes sanctions on pro-Maduro people and businesses, it doesn’t decrease the amount of aid that the U.S. contributes to Venezuela.

The U.S. government provided over $656 million in life-saving aid to the Venezuelan people between 2017 and 2019. President Trump’s proposed FY 2021 budget includes $205 million to address Venezuelans’ health and agriculture needs.

While the U.S. government has placed sanctions on people and organizations, the “sanctions need not be permanent for those who want to contribute to Venezuela’s democratic future,” explained the State Department’s Elliott Abrams. But “others who continue to profit from or support Maduro should take warning.”

This article was originally published on March 12, 2020 on ShareAmerica