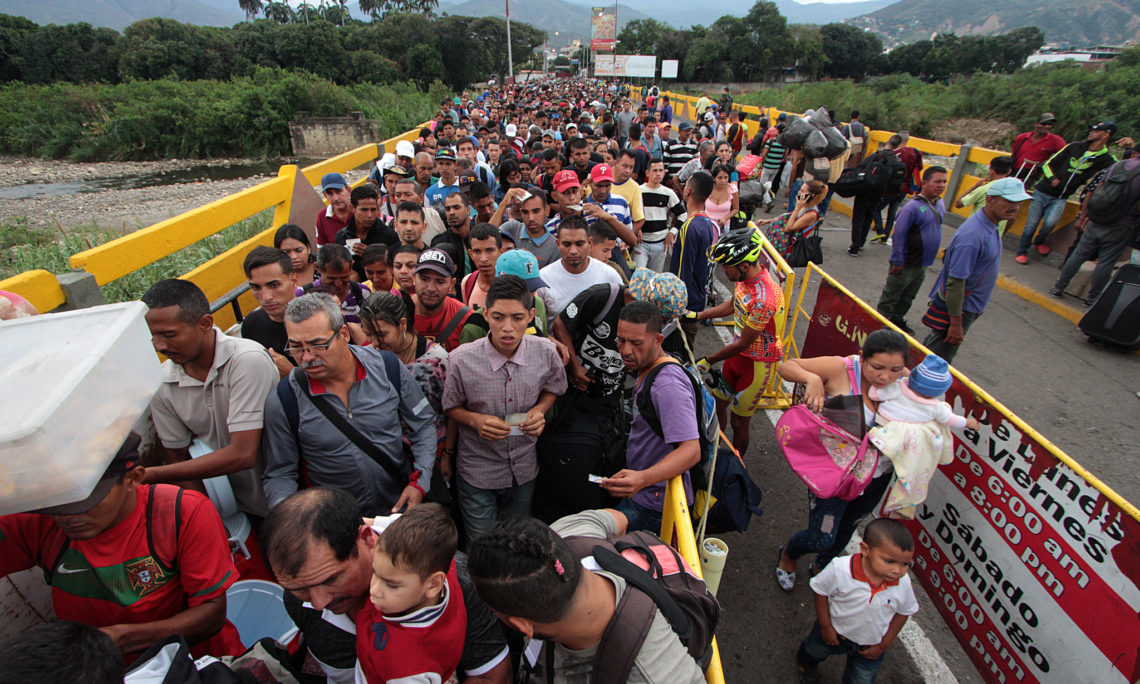 Venezuelans who have fled to Colombia to escape the humanitarian crisis in their home country are receiving food and health assistance as part of a $2.5 million aid package from the United States.

The U.S. aid is part of an ongoing effort to stand with the hemisphere and democratic nations around the world in support of the Venezuelan people, including those unable to live in their home country due to the crisis created by the regime of Nicolás Maduro.

“This crisis in Venezuela, which is now spilling into the broader region, is man-made,” Mark Green, administrator of the U.S. Agency for International Development, said in March 2018 when he announced the package.

The influx of hundreds of thousands of Venezuelans has strained the medical and social services of Colombian border communities and others throughout the Western Hemisphere. “The Maduro regime continues to deny fundamental freedoms and access to basic humanitarian [supplies] to the people of Venezuela,” Green said.

In February 2018, the United Nations called for increased international support for this vulnerable — and growing — group of people. In addition to the $2.5 million that Green announced, the U.S. has already provided in 2017 and 2018 almost $37 million to the regional humanitarian operations of the United Nations High Commissioner for Refugees (UNHCR) and other international organizations, allowing these organizations the flexibility to use the funds to meet the most urgent needs, including those of fleeing Venezuelans.

The United Nations paints a dire picture of the situation in Venezuela. “By the end of last year, a family needed to earn the minimum wage 63 times over, simply to buy basic food,” said Hilal Elver, the special rapporteur on the right to food. “Other statistics suggest that the country now has 1.3 million undernourished people and an average of five to six children dying every week from malnutrition.”

Oil-rich Venezuela was once one of the wealthiest countries in Latin America, but today faces economic collapse due to the mismanagement and corruption of Maduro and his administration.

With Venezuelan families facing increasing hardships, U.S. Department of State Spokesperson Heather Nauert called for greater international assistance. “We commend the humanitarian contributions made by all donors, and encourage additional contributions to meet growing needs,” Nauert said. “We applaud the government of Colombia for its compassion in hosting hundreds of thousands of Venezuelans who have fled their country.”

Green reiterated that the U.S. will do its part. “The U.S. will continue to support the people of Venezuela,” he said.