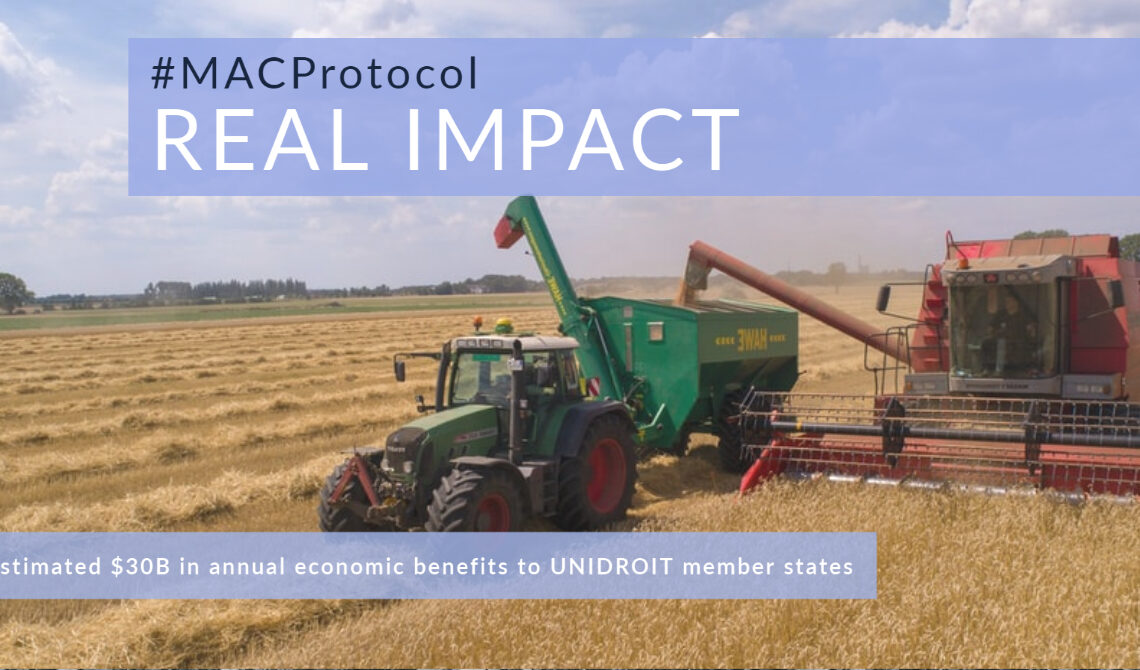 On Thursday, October 1, 2020 the United States joined the Protocol to the Convention on International Interests in Mobile Equipment on Matters specific to Mining, Agricultural and Construction Equipment (MAC Protocol) – one of the first five countries to do so.

U.S. Secretary of State Michael R. Pompeo signed the Protocol with Ignacio Tirado, Secretary-General of the International Institute for the Unification of Private Law (UNIDROIT) at the Institute’s Headquarters in Rome

The MAC Protocol will facilitate access to finance for the mining, agricultural and construction sectors in developing countries, allowing them to purchase  high-value machinery, tools, and other equipment, and will provide guarantees for manufacturers  wishing to invest in these countries.

This legal framework was developed by UNIDROIT, of which the U.S. is a member state, and adopted in Pretoria, South Africa in November 2019.

The Protocol will strengthen trade, help increase food production, and bolster economic development by lowering the cost of credit on expensive tractors, harvesters, and other equipment for developing and developed countries.

The MAC Protocol will help us meet the food security challenges of this century by giving farmers in developing countries access to better tools and machinery, that will allow them to sustainably increase food production and bolster the economy.  It will make it easier to get this critical equipment into the hands of farmers who need it most, many of whom are still using the same technology that was being used two hundred years ago.

We have seen this approach work already in the airline industry, with a protocol that helped developing countries get access to aircraft to boost their fleets. We expect the MAC Protocol to have an even greater impact on development worldwide, including an estimated $30 billion in annual economic benefits to UNIDROIT’s member states – $7 billion in developed economies and $23 billion in developing countries around the world.

Thanks to UNIDROIT, the architects of this new legal framework, more rural farmers will be able to lift themselves out of poverty and help feed the growing world population.

The MAC Protocol is an important example of how improving access to tools and technology has the potential to transform farms and food systems, and ultimately transform the lives of millions.

What is the MAC Protocol?

What is the MAC Protocol?