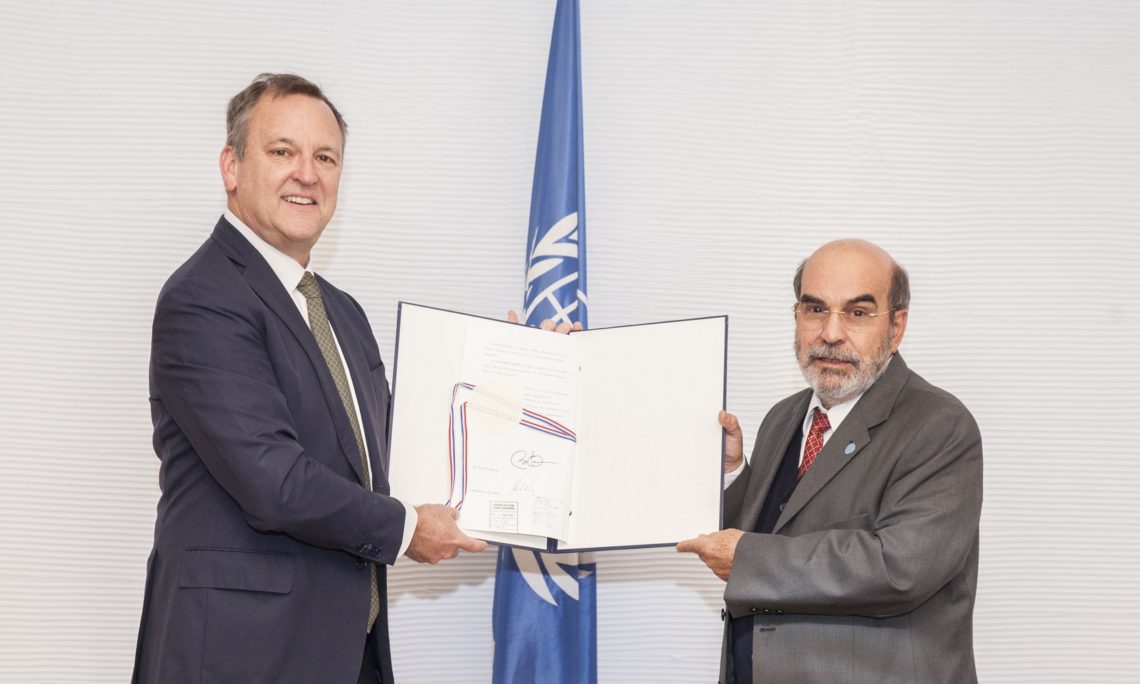 U.S. Ambassador to the UN Agencies in Rome, David Lane, on March 7, formally presented Jose Graziano Da Silva, Director General of the United Nations Food and Agriculture Organization (FAO), with the United States’ instrument of ratification of the Agreement on Port State Measures to Prevent, Deter, and Eliminate Illegal, Unreported, and Unregulated Fishing.  The United States became the 22nd nation to ratify the treaty when President Barack Obama signed it on February 10, 2016, following passage by the U.S. Congress of the Illegal, Unreported, and Unregulated (IUU) Fishing Enforcement Act of 2015.

With this ratification the United States commits to work together with other nations to prevent illegally caught fish from entering into commerce worldwide by reducing the number of ports where these fishing products can be unloaded and making it harder for bad actors to do business.

The Agreement will go into effect when 25 countries have ratified it, and the United States calls on other countries around the world to ratify the Agreement and help promote the sustainability of our shared marine resources.

The United States commends FAO and its Fisheries team for the efforts they have made to help countries understand the importance of the Agreement, and work toward ratification.  Upon the Agreement’s entry into force, FAO’s continued assistance in implementing the Agreement will also be crucial.

“FAO is a strong partner in the promotion of sustainable fisheries,” Ambassador Lane told the Director General, “and we look forward to continuing to collaborate with you and the entire global community in the fight against illegal fishing.”