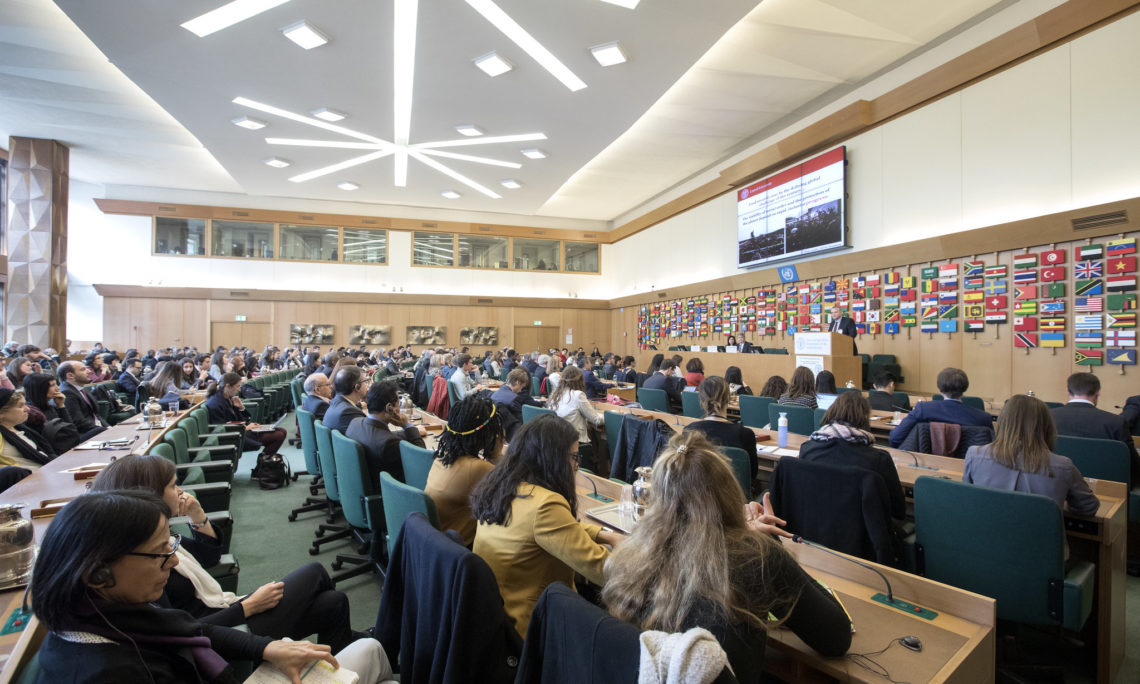 “Food security may be the defining global challenge of the century.”

In response to this challenge, Dr. Barrett said policymakers “must have faith in science while also showing solidarity with the poor ”because the stability of social order and the protection of the planet will depend on rapid and inclusive progress”.

Each year, USUN Rome, along with FAO, honors the legacy of former USUN Rome Ambassador George McGovern (1998-2001), and the outstanding contribution he made to the fight against world hunger, by inviting an American, non-government thought leader to discuss ideas for ending global hunger at FAO headquarters in Rome, Italy.

This year, USUN Rome invited Dr. Barrett, an agricultural and development economist, the Stephen B. and Janice G. Ashley Professor of Applied Economics and Management at Cornell University, and former Deputy Dean and Dean of Academic Affairs of the S.C. Johnson College of Business at Cornell.

Dr. Barrett’s lecture, titled, “On Science and Solidarity: Innovations to Meet Global Food Security Challenges,” provided a sweeping summary of food production developments in the 20th Century and addressed the role innovation can play in meeting the agricultural and nutrition demands of our growing world population.  In particular, Dr. Barrett traced the progress of food systems in the 1940s and 1980s that enabled dramatic poverty reduction and improved standards of living, but according to him, also induced dangerous complacency that led to under-investment in innovations needed to keep food prices down.

Among his prescriptions for balancing food production and demand to make nutritious food available to all in the future, he advised higher investment, especially from the private sector, in technological advancements that would especially benefit the poor in Africa and Asia, where high demand growth is expected.  He also emphasized the importance of addressing “poverty traps”: conditions such as malnutrition or risk aversion, that perpetuate a state of poverty in some of the most remote and conflict-affected places, while global poverty rates fall in the rest of the world.

Dr. Barrett spoke to UN member state permanent representatives, management and staff of the Rome-based UN Agencies, specifically, FAO, the World Food Programme (WFP), and the International Fund for Agricultural Development (IFAD), as well as university faculty and students and members of the media.

In addition to delivering this year’s lecture, Professor Barrett participated in a round-table discussion with university students studying food and agriculture in Rome.  The event allowed the students to engage Dr. Barrett on issues such as the implications of new technologies like CRISPR that have the potential to bring fundamental changes to food production systems.

You can watch a webcast of Dr. Barrett’s Lecture on the FAO website and his PowerPoint presentation is available here: http://barrett.dyson.cornell.edu/outreach/presentations.html