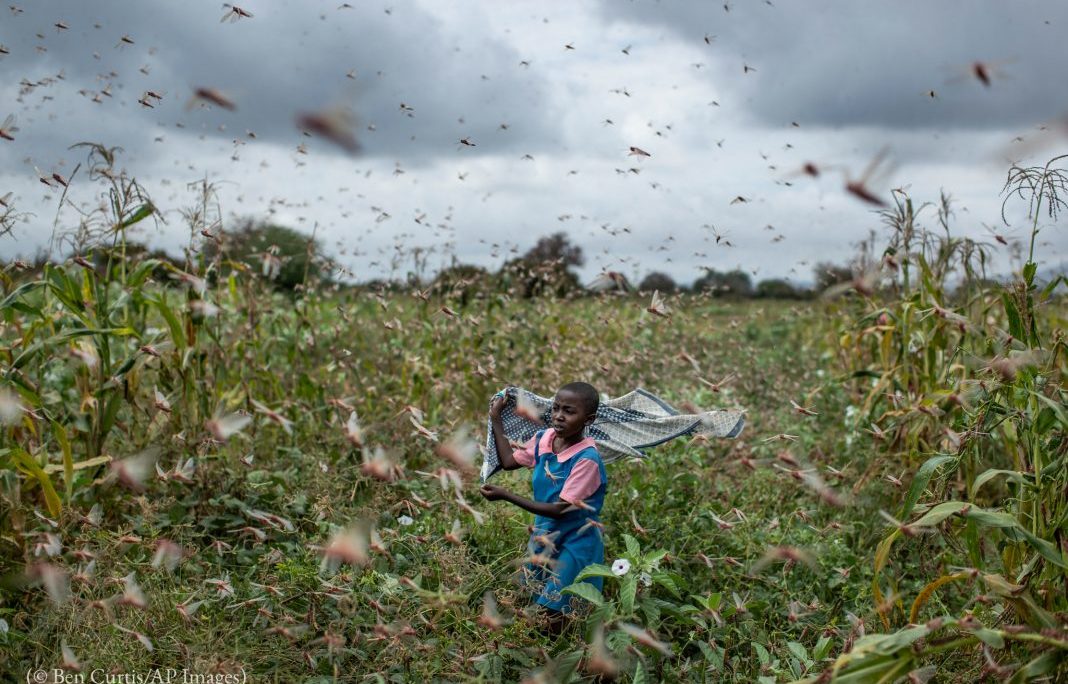 In March, the U.S. Agency for International Development (USAID) announced an additional $10 million in humanitarian assistance to control the worst desert locust infestation in decades in the Greater Horn of Africa.

This brings to $19 million the total amount the U.S. government has provided to the fight against the billions of locusts swarming in Ethiopia, Kenya and Somalia since October 2019.

Locusts can eat their own body weight in food every day, according to the U.N. Food and Agriculture Organization (FAO) and pose a grave threat to farmers’ livelihoods and local communities’ food supplies.

A 1-square-kilometer swarm can eat as much in a day as 35,000 people, according to FAO estimates.

Currently there are multiple locust swarms in the Greater Horn of Africa, where the largest reported is 2,400 square kilometers.

The FAO estimates that 20.2 million people are already facing severe acute food insecurity in six countries in the Greater Horn of Africa, and the locust outbreak could drive this number higher.

Trying to stop a plague

The additional funding will finance ground-based and aerial operations to detect and control locusts, according to USAID. Previously, USAID has funded the training of pest experts and provided 5,000 sets of protective equipment for fighting locust swarms.

Fighting locust swarms early is crucial to preventing worse swarms in the future. Since each female locust can lay hundreds of eggs in its lifetime, the longer an infestation of locusts lasts, the worse it gets.

“If desert locust swarms continue unhindered, the population could increase 400-fold by June,” according to the FAO.

Additionally, U.S. experts in the region are assessing humanitarian needs and coordinating response efforts with local governments and humanitarian organizations.

“By helping to reduce the size of the swarms, this aid is expected to have a positive impact on affected communities throughout the Horn of Africa,” said USAID.

This article was originally posted by ShareAmerica on March 31, 2020