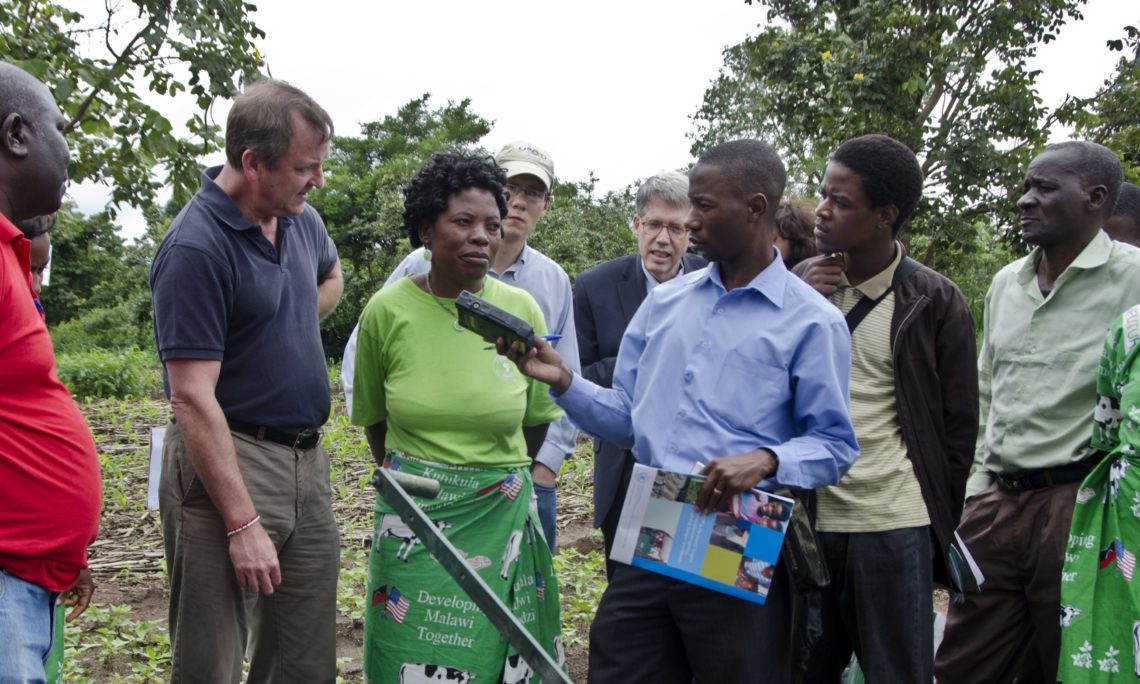 Our journey started with an early morning flight into the Tanzanian city of Arusha, where we were greeted by the impressive sight of Mount Kilimanjaro, whose snow covered peak dominates the landscape.

I was on my first media tour as the U.S. Ambassador to the United Nations Food and Agriculture Agencies in Rome. Accompanying me was a group of talented reporters from five African countries — Malawi, Uganda, Ghana, Niger, and Tanzania — plus two Europeans from France and Italy.

The U.S. Mission I lead — to the UN Food and Agriculture Organization (FAO), the World Food Programme (WFP), and the International Fund for Agriculture Development (IFAD) — introduced media tours a few years ago to give journalists an opportunity to see how countries like Tanzania and Malawi are investing in agriculture and in programs to fight hunger and improve nutrition, and how development partners like the United Nations and United States are helping them.

President Obama has emphasized that development must be characterized by transparency, mutual accountability, and country-ownership. These media tours give us an opportunity to do just that, while exposing the journalists to the ins-and-outs of development work.

Over the past week, it has been easy to see how having journalists witness first-hand such projects helps them understand their critical role in telling these stories. The media can play an important role in promoting accountability for the investment commitments made by governments and development partners and, more importantly, for achieving development outcomes.

For me, this trip was also an occasion to remind myself once again what the work that we do every day in Rome, at our computers and in meetings, is really about. There is no substitute for going to villages and speaking to farmers, mothers, and schoolchildren. They are the ones who can tell us what is working in their lives, and what is not.

In the Arusha Region of Tanzania, we visited with small holder farmers who, with the help of the Government of Tanzania, USAID, and the United Nations, are improving their farming techniques and achieving remarkable growth in production and income. Augustino took us on a tour of his small mountain farm where he uses seedling trays, improved seeds, raised beds, water catchment and drip irrigation to consistently produce up to three times more high-quality vegetables than he ever has in the past. He received training from agronomists with USAID’s Tanzania Agriculture Productivity Program. The difference between Augustino’s farm and others that we passed along the winding mountain road leading to his plot was startling. Farmers like Augustino are in high demand these days. Neighbors and nearby villages want to see and learn from his success.

We also met a woman-farmer and head-of-household named Fortunata. Joining a World Food Program (WFP) Food for Assets project, Fortunata dug ditches and improved the irrigation to her rice farm in exchange for food for herself and her children. The irrigation, along with better farming techniques she was taught, caused her rice harvest to increase significantly. She was able to sell rice, reinvest the money, and go from farming half a hectare of rented land to owning two hectares and a new house. Like Augustino, Fortunata was using the added income to invest in the health, education and well-being of her children.

Stay tuned for my next blog entry, describing the Tanzanian leg of the journey and sharing some of what we have learned so far.