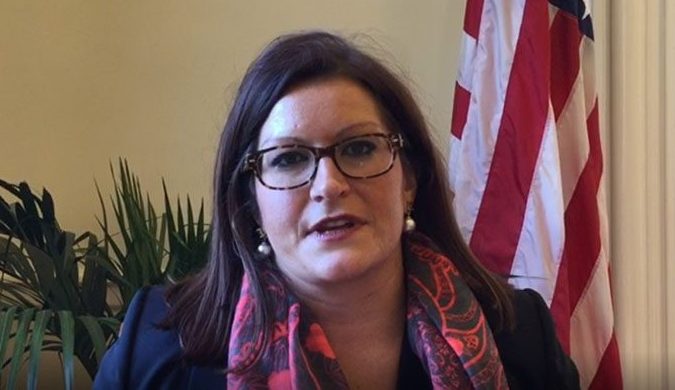 Remarks by Karla Thieman, Chief of Staff, U.S.D.A., at the FAO Conference on Rural Women

Good afternoon and thank you for the opportunity to be recognized on behalf of the United States.

I’d like to start by thanking the organizers of our program today – the FAO, the Slovak Presidency of the Council of the European Union and the European Commission, as well as the International Fund for Agricultural Development (IFAD), World Food Programme (WFP), and UN Women.

It’s a pleasure to join you all at this conference today which not only recognizes the successes that have grown out of the existing collaboration and coordination among us but also highlights the immense need for further growth as we partner in an effort to actualize gender equality and the empowerment of women and girls around the world.

I’d like to amplify a specific element of this topic that is both near and dear to my heart as well as a key to ending poverty and hunger while promoting gender equality: Women in Agriculture.

Specifically, I’d like to recognize the integral role women play around the world and how supporting them with the same respect, representation and potential for leadership, as their male counterparts, can benefit both a country’s economy as well as the health of its citizens.

As agriculture professionals, we play a pivotal role in ending hunger and poverty. As this challenge has been confronted by numerous international organizations, faith-based groups and governments, women have emerged as playing a major role in agriculture around the globe. But often, their voices are still not heard and they are still not invited to sit at leadership tables.

President Obama has made it a priority of his administration to leave a legacy of inclusion.

At the US Department of Agriculture, Secretary Vilsack has deliberately transformed his team to embody a culture of inclusion by amplifying the voices of women and inviting them to be a part of his leadership team.

Over the past 8 years, he has not only inspired a 10% rise in the number of women occupying senior positions in the department but also by appointing women to be his Deputy Secretaries and Senior Advisors.

As his Chief of Staff and a female, I can personally attest to the seat I have had at the Secretary’s table and to the dramatic change a diverse leadership team can affect.

For example, in 2014, USDA launched a Women in Agriculture initiative to promote and elevate the role that women in food and agriculture play, from farm to fork to boardroom. This initiative has become one of the driving forces in our mission to support a growing and diverse next generation of farmers and ranchers. It is built upon three main pillars:

A Mentorship Network that connects more than 1,500 external stakeholders across the United States for mentorship opportunities and to engage in dialogue about the future role for women in agriculture

According to the 2012 Census of Agriculture, nearly 1 million women are working America’s lands, meaning that 31% of American farmers are women. This includes over 288 thousand women principle operators (14% of total US farms) and represents an increase of over 21% over the past 10 years.

Together, these women are generating $12.9 billion in annual agricultural sales.

In solidarity with the women around the developing world who comprise, on average, 43% of the agricultural labor force and an upwards of 70% in some countries, the United States believes that empowering women in agriculture is key to achieving food security, raising levels of nutrition, agricultural productivity and management as well as improving the lives of rural populations around the globe.

At USDA, the Women in Agriculture Initiative has served as a platform for notable changes and a forum to engage with domestic and international partners. For example:

Women across USDA’s areas of specialization and pay levels are meeting regularly to actively mentor each other as well as promoting and identifying young colleagues for leadership opportunities. They are ensuring other women have seats at leadership tables and deliberately seeking ways to implement strategic plans that ensure our activities consider and address women’s needs.

Additionally, we have begun an analysis to collect data on how USDA programs are reaching women both internally and externally, and to understand where we have data gaps in USDA’s Census of Agriculture to better capture women’s contributions on the farm.

Furthermore, our Foreign Agricultural Service is developing a gender strategy, expanding on the work we’ve done with other US government agencies such as USAID and the State Department.

Moreover, the Department has supported cross-cutting gender priorities in its role in the U.S. government’s Global Food Security Strategy and interagency initiatives like Let Girls Learn.

USDA also led a Women in Agricultural Trade Mission to China and Hong Kong in September 2016 that included women leaders from USDA, 7 state departments of agriculture, 8 trade organizations and 13 female-owned small businesses. USDA estimates the sales from this trade mission will reach $1.5 million.

While we are proud of the steps USDA has made, we recognize that our potential to affect change is so much greater through collective action across the world, and have therefore sought to align our gender programming with the points of impact laid out in the Sustainable Development Goals and its 2030 agenda.

One way we can further international collaboration on gender issues is through an International Year dedicated to women farmers. The US is ready to lead such an initiative to raise awareness of the important role of women in agriculture, put awareness in action and see results to secure women’s contributions to global food security. Additionally, we believe that such a mechanism would help highlight investment in rural economies, agriculture and nutrition, help close gender gaps, and move us closer to ending poverty and hunger.

As we convene today, let’s think about how we can better tell agriculture’s story and illustrate how women and girls fit into that narrative. Empowering women and girls in agriculture is key to forward progress addressing global challenges and lifting up rural communities around the world.

I welcome you to join us in supporting an International Year of the Women Farmer and I challenge all of us to focus on ways to represent women equally in our countries and organizations through leadership and senior positions of influence. I also encourage that we rely on evidence based research to advocate for better policies and laws that allow for equal land inheritance and ownership around the world while fostering knowledge sharing and mentoring among women.

Thank you for your time today.

The role of women in agriculture: Karla Thieman, USDA