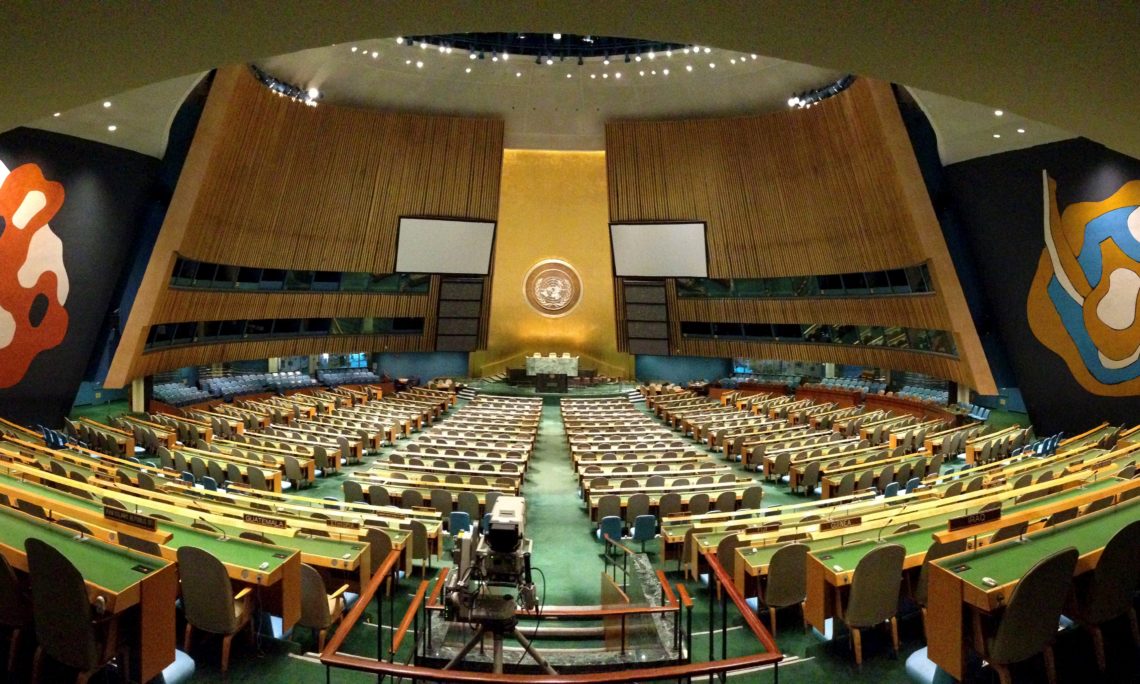 This week marks the formal opening of the 73rd session of the United Nations General Assembly, with High-Level week beginning on September 24. The United States will be actively engaged across a wide spectrum of UNGA events and activities, and will frame that engagement around five broad policy priorities: non-proliferation; humanitarian assistance and food security; peace and security; counterterrorism; and UN reform.

The first of those priorities should come as no surprise. The threat from weapons of mass destruction is a global security concern, and the Trump Administration has taken unprecedented actions to address it. During High-Level week, the President will reinforce those actions by hosting a meeting of the UN Security Council to highlight the scale of the threat, which includes proliferation of chemical, biological, and nuclear weapons, as well as ballistic missiles.

The President and Secretary of State Pompeo will discuss their continuing efforts to achieve North Korea’s final, fully verified denuclearization, and will stress to the international community the importance of fully implementing all associated UN Security Council resolutions. Consistent pressure has proven effective when dealing with North Korea, and it is the same message the President will convey in discussing the full range of Iran’s malign activities – including its support for terrorism, proliferation of ballistic missiles, human rights abuses, and support for the murderous Assad regime.

Unfortunately, threats to global peace and security extend far beyond the proliferation of weapons of mass destruction. Today’s growing dangers to America’s most core values and the fundamental principles of the UN include terrorism, egregious human rights violations, natural disasters, and rogue regimes that threaten thriving democracies and national sovereignty.

We continue to see horrific world conflicts in places such as Syria, Yemen, and South Sudan, which have resulted in the highest number of people experiencing food insecurity in over a decade.

The United States is the largest single donor of humanitarian assistance and food assistance, and we are proud of the generosity and heart of Americans. But we expect others to do their part, too. At the upcoming UNGA, we will continue to encourage other countries and stakeholders to increase their contributions, both financial and political, and support efforts to enhance the effectiveness and efficiency of humanitarian aid and development assistance.

We will also discuss necessary actions to improve the UN’s ability to address the complex and varied threats to peace and security. For example, the President will convene a meeting with the Secretary-General and numerous heads of state and issue a Global Call to Action on the scourge of drug trafficking and abuse that destroys the very fabric of our families and security of our nations.

The United States will continue to lead global initiatives to defeat ISIS, al-Qa’ida, and other terrorist groups that threaten America and our interests. We will deny them resources that fund their cowardly attacks, counter terrorist messaging, and curb the movement and threat of foreign terrorist fighters – especially those returning to their home countries or relocating elsewhere to continue their swath of destruction.

Finally, the United States remains unmovable in its belief that the United Nations must embrace meaningful and lasting reform in order to effectively address 21st century challenges. As Ambassador Haley said earlier this year, “The world needs a UN that is disciplined, efficient, accountable, and results-driven.” And as President Trump remarked during last year’s UN General Assembly, “the United Nations must reform if it is to be an effective partner in confronting threats to sovereignty, security, and prosperity. Too often the focus of this organization has not been on results, but on bureaucracy and process.”

The annual renewal of the UN General Assembly must be a reminder to all its member states of the original purpose of the United Nations as laid out in the UN charter, as well as its successes and failures. For the United States, the UN must show real and tangible value to American interests. At this year’s UNGA, the Trump Administration will underscore and advance those interests in the clearest possible terms.

About the Author: Kevin E. Moley serves as the Assistant Secretary of State for the Bureau of International Organization Affairs at the U.S. Department of State.

Editor’s Note: This entry also appears in the U.S. Department of State’s publication on Medium.

This story originally appeared on Dipnote, the U.S. Department of State Official Blog