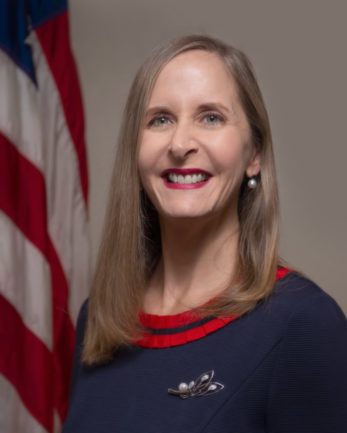 Jennifer Harhigh, a career State Department Senior Foreign Service Officer, assumed duties as Deputy Permanent Representative and Deputy Chief of Mission at the U.S. Mission to the UN Agencies in Rome in August 2019.

Prior to Thailand, she served as Deputy Political Counselor at the U.S. Embassy in Tokyo.  Other previous overseas tours include U.S. Embassy Rangoon as the Political/Economic Chief; U.S. Embassy Moscow, covering Russian internal politics; and U.S. Embassy Bangkok as a consular and an economic officer.  In Washington, DC, Jennifer worked on the Advance Team for Secretary Colin Powell and as a Career Development Officer for entry-level foreign service officers.

Jennifer, originally from Harrisburg, Pennsylvania, holds a B.S. in Mathematics from Loyola University Maryland and an M.S. in Foreign Service from Georgetown University.  She studied in Bangkok, Thailand as a college student and taught high school mathematics for two years as a Peace Corps volunteer in the Central African Republic.  Jennifer speaks Thai, Japanese, Burmese, Russian, and French.  She is married to fellow Foreign Service Officer Colin Furst and they have three children—Helen, Ava, and Victor.