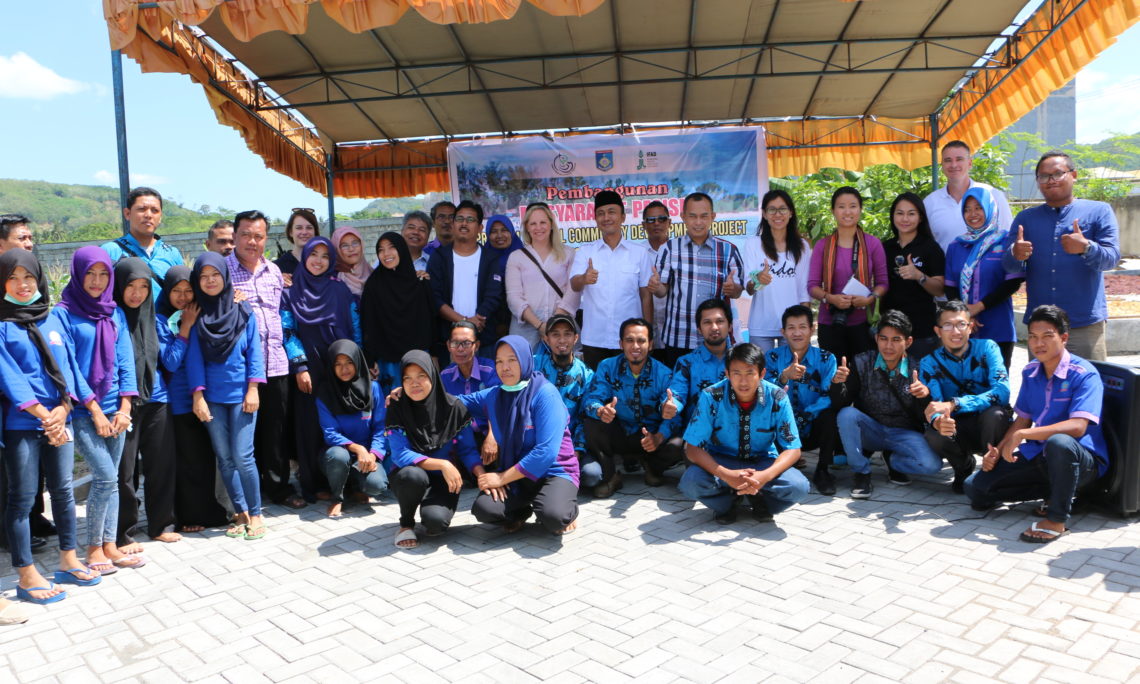 Five reporters traveled to Indonesia with USUN Rome Public Affairs Officer Heather Eaton on May 14 for a six-day media tour to see firsthand how the United States works with the Rome-based UN agencies to promote food security, health and economic opportunity.

The journalists – hailing from Myanmar, Malaysia, Thailand and Indonesia – took a look at projects supported by the U.S. Agency for International Development (USAID), the Millennium Challenge Corporation (MCC), the UN Food and Agriculture Organization (FAO), the World Food Programme (WFP) and the International Fund for Agricultural Development (IFAD).  After the trip, they published and broadcast reports of the challenges and successes of agricultural development in Indonesia in recent years.

In Yogyakarta the journalists visited the city’s largest live bird market, where USAID’s EPT-2 program works with FAO and the Government of Indonesia to help monitor and control the risk of outbreaks of infectious diseases, such as Avian Influenza.  The group watched as local poultry farmers helped disinfect and test the birds, gathering samples to be sent to one of the eight Disease Investigation Centers (DIC) across the country.  Later that morning, they traveled to a DIC in Wates, where they met lab director Bagoes Poermadjaja and saw lab workers monitoring samples.

The following day, they traveled to West Lombok to visit an International Fund for Agricultural Development (IFAD) Coastal Community Development Project (CCDP). The program provides locals with resources necessary to protect the coastal fisheries – which many rely upon for their livelihoods – while also investing in local production and markets to drive economic development.  Innovation has flourished under the project, with West Lombok’s expanding ecotourism industry welcoming increasing numbers of visitors to the extraordinary yet vulnerable marine ecosystems that the project is helping protect.

In Pemokong, the journalists observed a USAID-funded FAO project promoting conservation agriculture that teaches farmers improved soil management practices in the face of drought.  These include the creation of permanent planting holes to minimize soil disturbance, ripping techniques and crop rotations between cereals and legumes.  The result has been increased yields, particularly of maize crops and a variety of beans, for some of Indonesia’s poorest small-holder farmers.

The tour’s next stop was in Lombok Tengah, at a health center supported by the United States’ Millennium Challenge Corporation (MCC), where mothers and young children meet with local volunteers and health workers on a monthly basis to receive exams and nutrition education.  About one-third of all children under the age of five in Indonesia have experienced stunted growth from undernutrition.  The MCC works with the Government of Indonesia to reduce incidences of stunting by supporting the training of healthcare providers on maternal and infant nutrition.

On the last day of the tour reporters visited a school meal program designed by the World Food Program for the Indonesian government.  The government of Indonesia decided to revitalize the national school meals program in 2015 with a view to addressing education quality, low learning achievements and low nutritional status of school age children.

At Citawa Elementary School in Serang the journalists spoke to teachers, students, and mothers (who prepare the meals) and learned how this program ensures that children attend school and get at least one good nutritious meal a day. The program also supports the wider community by creating economic opportunities for local family farmers who provide produce for the school.