Home Home | News & Events | In Malawi, the Future Belongs to the Organized 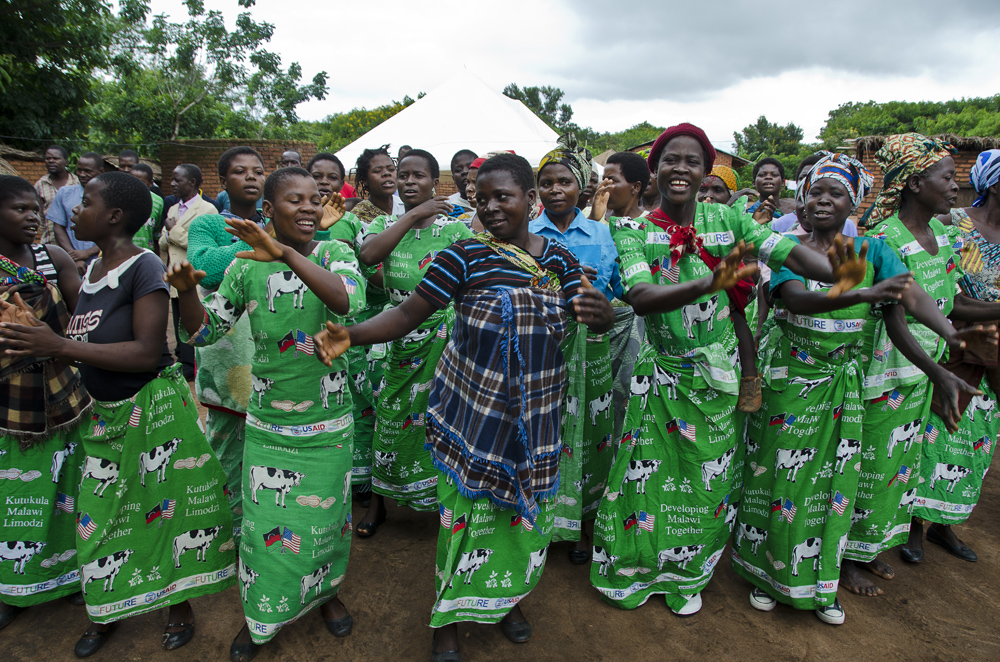 After an early morning departure from Tanzania we arrived in the Malawian capital of Lilongwe in a steady rain. The rain is not always favorable for travel but it was very welcome in Malawi after a drought during the 2012 rainy season impacted the maize crop and food security, particularly in the south.

As I continued my first Media Tour as the U.S. Ambassador to the United Nations food and agriculture agencies in Rome I was excited to have two reporters from Malawi join the group of seven talented reporters traveling with me, five African and two European, to witness programs on the ground and help tell the Malawian story of increasing food security in Africa.

Despite the difficult situation in the south it is an exciting time to visit Malawi because of the Government of Malawi’s great leadership in improving agriculture (as well as emergency response to the drought), promising innovations in improved crops and markets for smallholder farmers, and a growing ‘bottom up’ community ownership of food security and nutrition programs.

On our first day in the country we visited the Agricultural Commodity Exchange (ACE), an innovative USAID and the UN World Food Program (WFP) supported program that assists smallholder farmers to improve the quality of their crops, creates a market for them to sell in, and increases the prices they receive. Smallholder farmer Michael Banda told us how crop price updates he receives via text on his cell phone, and credit receipts for properly storing his maize allowed him to increase his profits by as much as 200 percent. “The warehouse receipt allowed me to get a loan, which I used to build a new house and pay school fees for my children” Banda told us. Even more exciting, the WFP, through its Purchase for Progress program, uses the commodity exchange to purchase much of its commodity needs locally. It was hard not to be impressed with this innovative new system that supports local farmers while increasing aid efficiency through reduced transportation costs.

Three Crops a Year, even During a Drought

Improving food security involves many factors and one of the most impressive examples we saw was the USAID funded Wellness Agriculture for Life Advancement (WALA) project in Zomba District.  Despite the drought of last year, participants in this multifaceted project were flourishing after using a combination of conservation agriculture, small scale irrigation, community savings & loans, and mother care groups to improve health-related behavior. I was impressed to hear a group of women farmers tell me how, thanks to conservation farming techniques and diversification, their crops survived a three week dry spell last year while neighboring communities lost their entire harvest.

In the course of my visit I was very encouraged to see that the US Government’s food security initiative, Feed the Future, was well aligned with the strategies of the Malawian government and the UN agencies and showing real results. As Beatrice Makwende, the director of the National Association of Smallholder Farmers told me, “The future belongs to the organized.” I saw this organization coming from the community again and again and I believe it will be the key to sustained success in improving food in Malawi.

David J. Lane served as U.S. Ambassador to the United Nations Agencies in Rome from 2012-2016