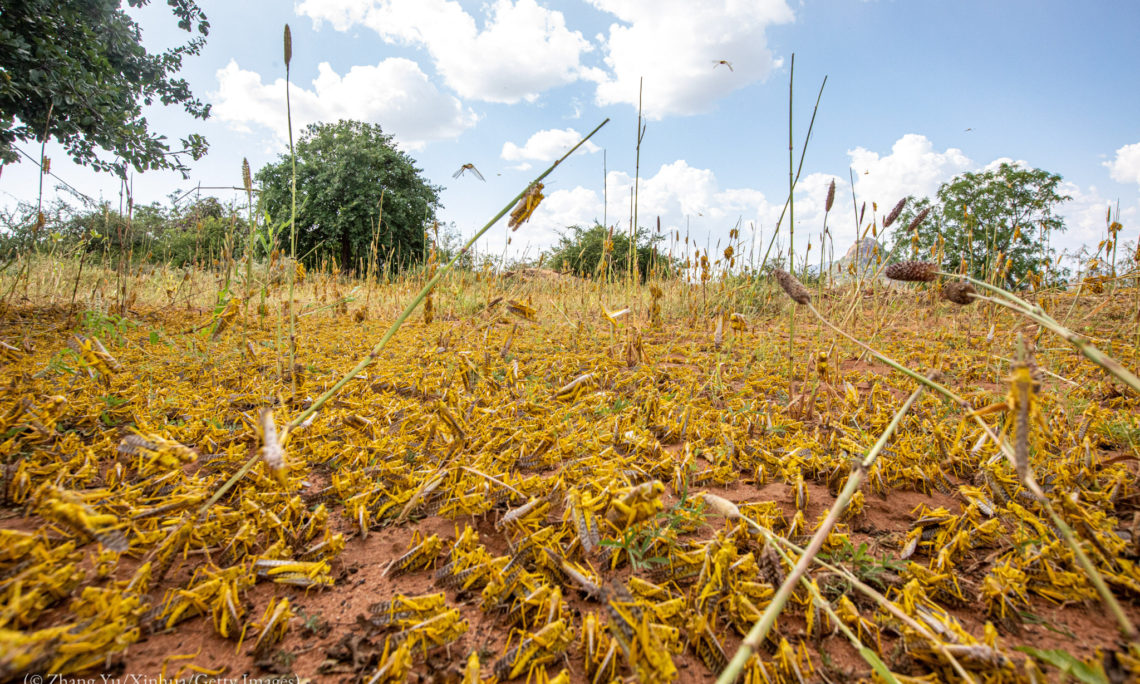 NAIROBI, Feb. 21, 2020 -- A swarm of desert locusts invade parts of Mwingi Town in Kitui County, Kenya, Feb. 20, 2020. Extreme weather events due to the climate crisis are becoming the new normal in the Horn of Africa as recent heavy rains and cyclonic activity resulted in a desert locust upsurge

Locust populations have steadily declined across Ethiopia and Kenya in recent months as a result of sustained control operations and delayed locust breeding due to poor rainfall, according to the UN Food and Agriculture Organization (FAO).

“Without rainfall, the swarms will not mature and breed, thus severely limiting the scale and extent of any breeding this spring,”  FAO reported.

In December 2020 immature swarms had migrated from eastern Ethiopia and central Somalia to southern Ethiopia and northern and central Kenya  prompting locust response actors to increase local control and surveillance operations to treat infested areas prior to the onset of rainy seasons in Kenya and Ethiopia.

Despite initial concerns that that seasonal rains could provide favorable conditions for locust maturation and breeding, below-average and erratic spring rainfall has delayed breeding, providing responders additional time to locate and treat the swarms and significantly reduce the scale of locust infestations in East Africa.

For this reason, there is cautious optimism that the current upsurge is winding down in the Horn of Africa, especially if poor rains limit breeding this spring in northern Kenya and southern Ethiopia, followed by equally poor rains during the summer in northeast Ethiopia.

Response efforts by the  USAID Bureau for Humanitarian Assistance (BHA) have treated more than 4.8 million acres of infested land in East Africa and Yemen since January 2020, safeguarding the food security of approximately 26.8 million people.

Suggested for You
Tweets by USUNRome