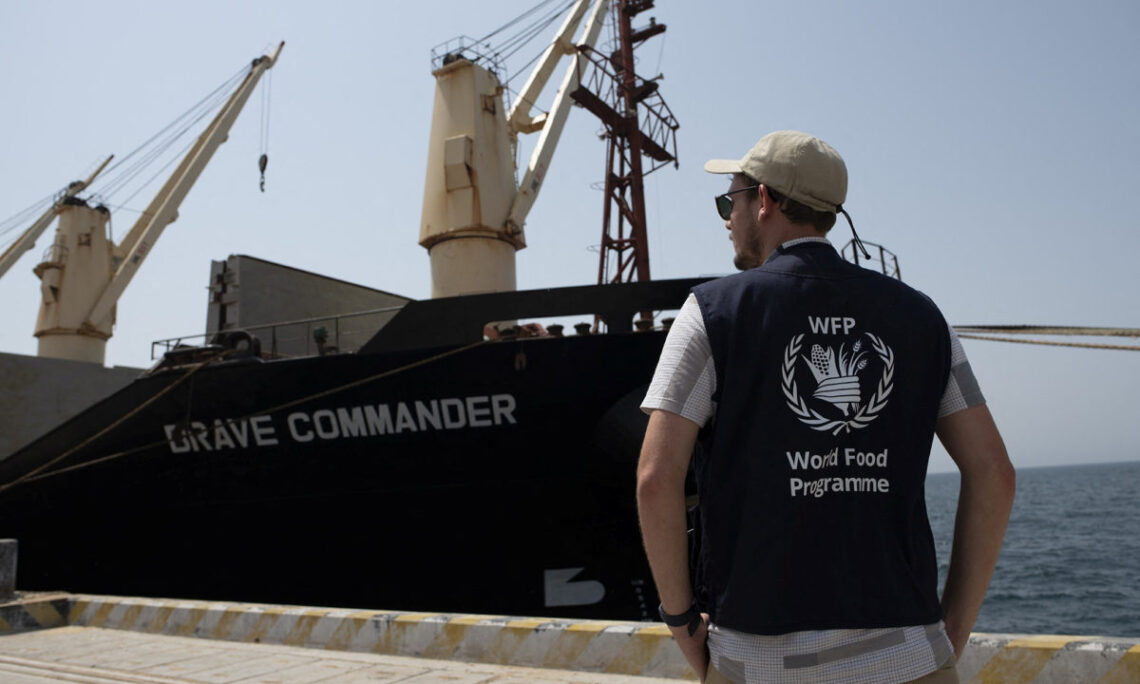 A World Food Programme staff looks on as the MV Brave Commander carrying wheat grain from Yuzhny Port in Ukraine to the drought-stricken Horn of Africa docks at port of Djibouti in Djibouti, August 30, 2022. Hugh Rutherford/World Food Programme

U.S. Mission to the UN Food and Agriculture Agencies in Rome

I welcome the arrival of the Brave Commander, a ship carrying 23,300 metric tons of Ukrainian grain that will be distributed within Ethiopia and Somalia, two severely food insecure countries wracked by continuous drought.  This delivery is among the first Ukrainian wheat shipments exported via the Black Sea to reach the sub-continent of Africa since the start of Putin’s illegal war in Ukraine and is a part of the recent more than $68 million in additional contributions by the United States to the World Food Program (WFP).

America continues to lead in the fight against global hunger by being the largest contributor to the WFP, providing $5.7 billion to the organization since October 2021.  We will always answer the call of the world’s most vulnerable and needy – we call on others to do the same.