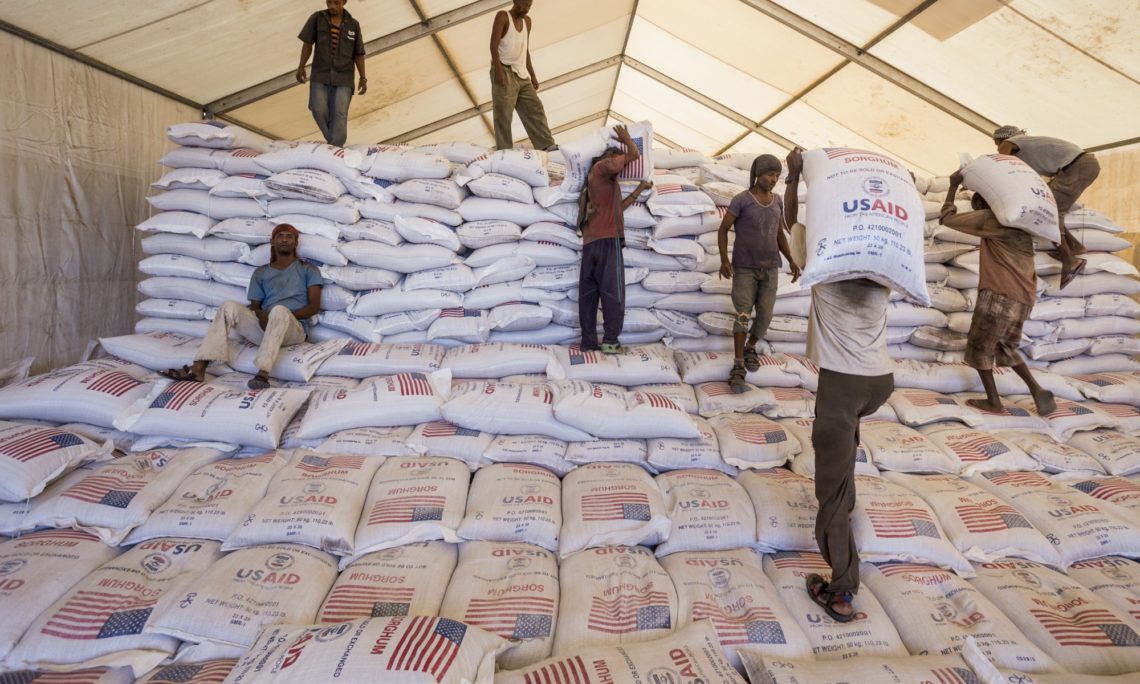 Jul 10 – IMAGINE if every single person in Florida, the 3rd largest state in the United States, teetered on the brink of famine. That’s what’s happening in four countries — South Sudan, Somalia, Nigeria and Yemen — where more than 20 million people are at risk of starvation.

Conflict is driving the crises in these four countries. This violence, in addition to drought in Somalia, is forcing millions to flee within and beyond their country borders, disrupting agricultural production and livelihoods, and severing families from their social support systems.

USAID is leveraging its expertise and resources to help people #FacingFamine and make a difference in the fight against starvation.

A swift influx of aid helped to alleviate famine in some areas of South Sudan, but the overall food security situation continues to deteriorate, and life-threatening hunger is spreading in both scope and scale. Six million people, or more than 50 percent of the current population, require emergency food assistance. According to the UN, sustaining a robust humanitarian response across the country is critical to saving lives and preventing the return of famine.

As the single largest provider of humanitarian aid to the people of South Sudan, U.S. assistance — including more than 600,000 metric tons of urgently needed food assistance— reaches approximately 1.3 million people every month, including this little girl.

See how USAID is responding to the crisis in South Sudan.

Six years after Somalia endured a devastating famine, parts of the country are once again facing life-threatening hunger. Severe drought and ongoing conflict have left more than half the population of Somalia — 6.7 million people — in need of immediate humanitarian assistance.

Thanks to forecasts from the USAID-funded Famine Early Warning Systems Network (FEWS NET), the United States and international partners were able to quickly scale up response efforts to reach more people with emergency food assistance — from 500,000 people in January 2017 to approximately 2.6 million people in May.

While the unprecedented humanitarian response has helped avert famine so far, the risk remains high in many areas. Spring rains were delayed and sporadic, offering little relief to drought-stricken communities. They also came too late for the July harvest. As a result, additional assistance is urgently needed to prevent Somalia from slipping into famine this year.

See how else we’re working to help meet humanitarian needs in Somalia.

Years of conflict in northeast Nigeria have left millions of people without enough to eat. The ongoing violence is also hindering relief efforts, as aid workers are unable to reach many communities in need.

The 5.2 million people #FacingFamine as a result of this crisis have endured far more than hunger. They have been terrorized by Boko Haram, driven from their homes, and had their livelihoods destroyed.

That’s why USAID’s humanitarian response goes beyond emergency food to provide nutrition assistance, shelter, health services, safe drinking water, as well as hygiene and sanitation support. USAID and our partners are also providing protection services — including psychosocial support and skills training — in order to help vulnerable families overcome the brutality they have endured.

Learn more about our work in Nigeria, including how we’re working with the UN World Food Program to expand humanitarian access and scale up food assistance.

More than two years of ongoing conflict has pushed Yemen to its limits. With life-threatening hunger looming over more than 17 million people, Yemen is facing the world’s largest food security emergency. Simultaneously, the people of Yemen are confronting the world’s worst cholera outbreak.

USAID and its partners are fighting the outbreak by providing safe drinking water, community training on hand-washing, messaging campaigns on cholera prevention, medical supplies, and hygiene items. We’re also supporting cholera treatment centers — like the one where these triplets, along with their five siblings and mother, all beat cholera!

Learn more about our humanitarian work in Yemen.

On July 8, 2017, the U.S. announced nearly $639 million in additional humanitarian aid to help the millions of people affected by food insecurity and violence in South Sudan, Nigeria, Somalia, and Yemen.

For the original USAID Medium story see this link