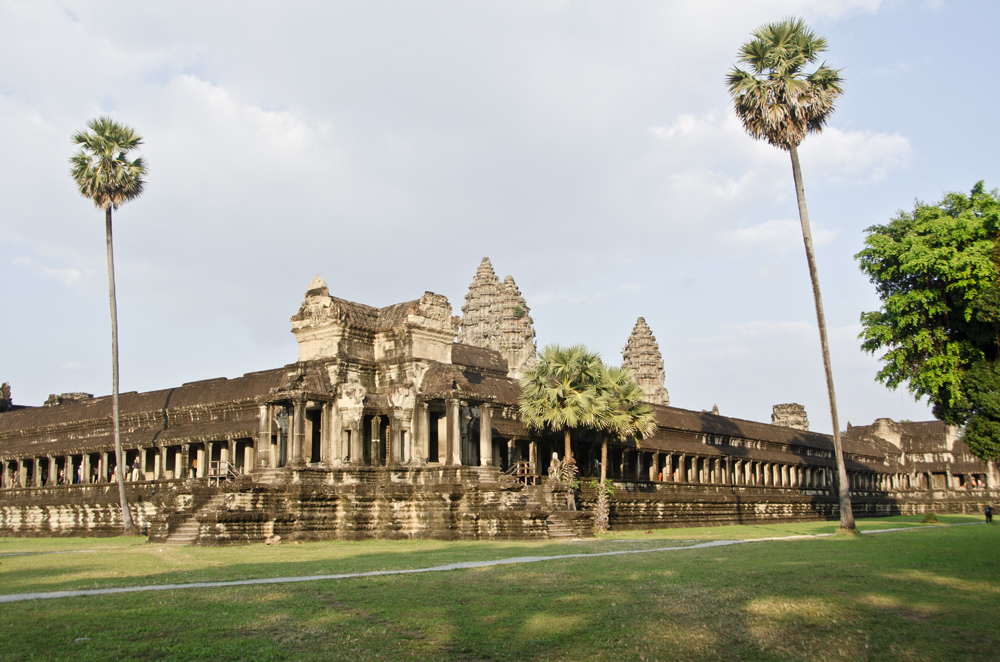 Field visits to developing countries are an important part of my job as the U.S. Ambassador to the UN Agencies in Rome.  Over the past 15 months, I have seen agricultural development projects that are changing the lives of poor small farmers in several countries in Africa. This week I am visiting Cambodia, in the region of Siem Reap, where people rely heavily on agriculture for their livelihoods.

Our first stop: Angkor Wat. The famous temple? Yes, because though the temples of Angkor have little to do with food security and agricultural development, they have a lot do with how the U.S. supports the work of the United Nations around the world.

Not many people know that as the U.S. Ambassador to the UN Agencies in Rome my portfolio extends beyond the big three organizations that are focused on solving hunger and promoting agricultural development: the World Food Program (WFP), the Food and Agriculture Organization (FAO) and the International Fund for Agricultural Development (IFAD).

The United States is also a proud member of ICCROM, an intergovernmental organization based in Rome that is dedicated to the conservation of cultural heritage, and in Cambodia this includes Angkor Wat. By attracting global tourists to the region, properly preserving the temples at Angkor Wat will promote job creation and economic development.

So as I started my visit in Cambodia I was thrilled to have the chance to see how ICCROM at work. At Angkor Wat, they sponsor training in stone conservation. Inside the 12th century Angkor Wat temple complex we met a group of young Cambodian students, men and women, who were studying the chiseling marks on the wall, to determine what tools the ancient stonemasons had used. “In his way they can understand how their ancestors carved the temple,” ICCROM’s stone conservation consultant Simon Warrack told me. “Later they will actually carve some sandstone using these traditional techniques,” Simon added, “and then they will see how hard they must hit!” By understanding how the temples were built, the students improve their ability to preserve them into the future. And they also develop skills that allow them to feed and support their families.

One of the most exciting aspects of this program, is that it is designed to be sustainable. The first generation of Cambodian conservationists trained by Simon and other international experts over the past years have since become the core of the Cambodian state Stone Consevation Authority. Cambodian experts are teaching the students I met today.

The U.S. Government is supporting the conservation of Angkor in other ways as well. The temple of Phnom Bakengh, built on the top of the only hill in the area, is famous as the best spot in the Angkor temple complex from which to view the sunset. No more than a couple of hundred people visit Phnom Bakengh during the day, but as sunset approached we suddenly saw thousands of visitors start the climb up the hill. This intensive traffic puts the monument at risk. Through the U.S. Department of State’s Ambassadors Fund for Cultural Preservation, the U.S. Embassy in Cambodia is supporting the World Monument Fund in its project to manage the site. Along with important conservation work on the actual structure, the World Monument fund is ensuring that the site is visited in a sustainable way, by making it more visitor-friendly, with viewing platforms and easier access, while protecting the more delicate areas of the temple.

With the help of projects like these, we are ensuring that the temples in this breathtaking World Heritage site will survive for another 800 years.