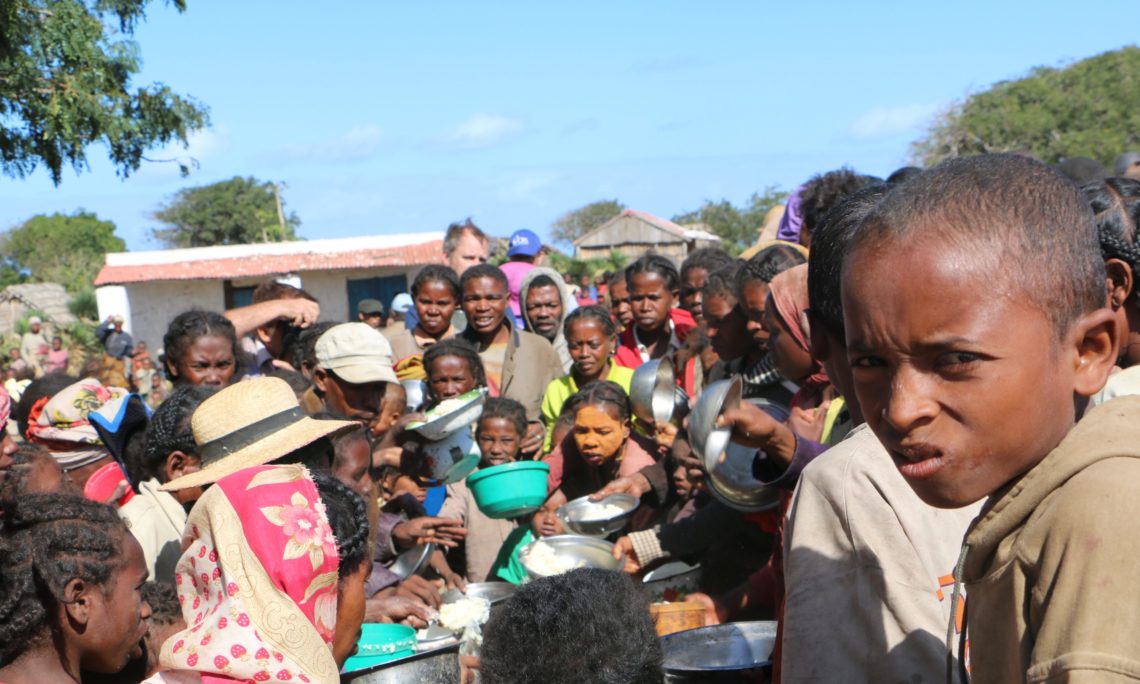 Concern about the effects of this year’s El Nino weather pattern on food production grew to alarm in recent months, raising the prospect of a widespread and serious food crisis. According to the UN food and agriculture agencies in Rome, the weather pattern was exacerbating already dry conditions into a persistent drought, particularly across southern Africa. We needed to bring attention to an impending emergency.

After consulting with U.S. and UN colleagues, I decided to travel to Madagascar — an island nation that gets little attention and where this year’s drought is taking an extra heavy toll — in order to better understand the depth of a crisis that is severely affecting a large number of people in countries across Southern Africa.

USAID Acting Deputy Assistant Administrator Dina Esposito joined me in mid-May, along with a group of four international journalists, as we toured the hardest-stricken areas on the southern tip of the island. We wanted to see the situation in person and use the occasion to raise global awareness about the serious threats to food security there.

Rising temperatures and less predictable rainfall patterns have disrupted agricultural planting cycles in Madagascar for the past three years, resulting in significant crop failures and a food shortage. And this year El Nino has made matters even worse. Rainfall has been up to 75 percent lower than the average of the last 20 years and harvest losses of 80 percent have been predicted. This has left 1.1 million of Madagascar’s 22 million residents, mostly in the southernmost regions of the island, facing extreme hunger because of the drought.

This became painfully clear when we drove into a small village on the very southern tip of the island, in view of the Indian Ocean. Dozens of villagers, many of them elderly and children, were squatting in groups waiting their turn for the one meal they would have that day. Alerted that the villagers were starving, nearby nuns came to the rescue. They provide one meal of cooked maize and beans a day.

When the villagers’ crops failed, USAID and the World Food Program provided seeds for a new planting. Unfortunately, the hungry residents couldn’t wait to plant them and ate them instead, exacerbating the crisis.

It is probably going to get worse. Insufficient rain is expected to lead to complete crop failures across most of the southern region of Madagascar and below-average crop production in other parts of the country. Food access is expected to remain limited through the June-September harvest period, leading to a more severe crisis at the peak of the 2017 lean season between January and March.

It was very clear that we have to respond. And while we saw many promising projects underway that should help make the area more resilient to future shocks such as El Nino, there are urgent immediate needs in Madagascar.

We were pleased that Dina Esposito announced an additional U.S. commitment of $8 million dollars to Madagascar to help people pull through the next lean season. This is in addition to $9 million given to the south since mid-2014.

But we left with a powerful conclusion that still more needs to be done to alleviate hunger in Madagascar. We need to take collective action for a greater response with other donors, and with the government — not only in Madagascar but across the region of Southern Africa — to address the acute needs generated by the drought and help save millions of lives.