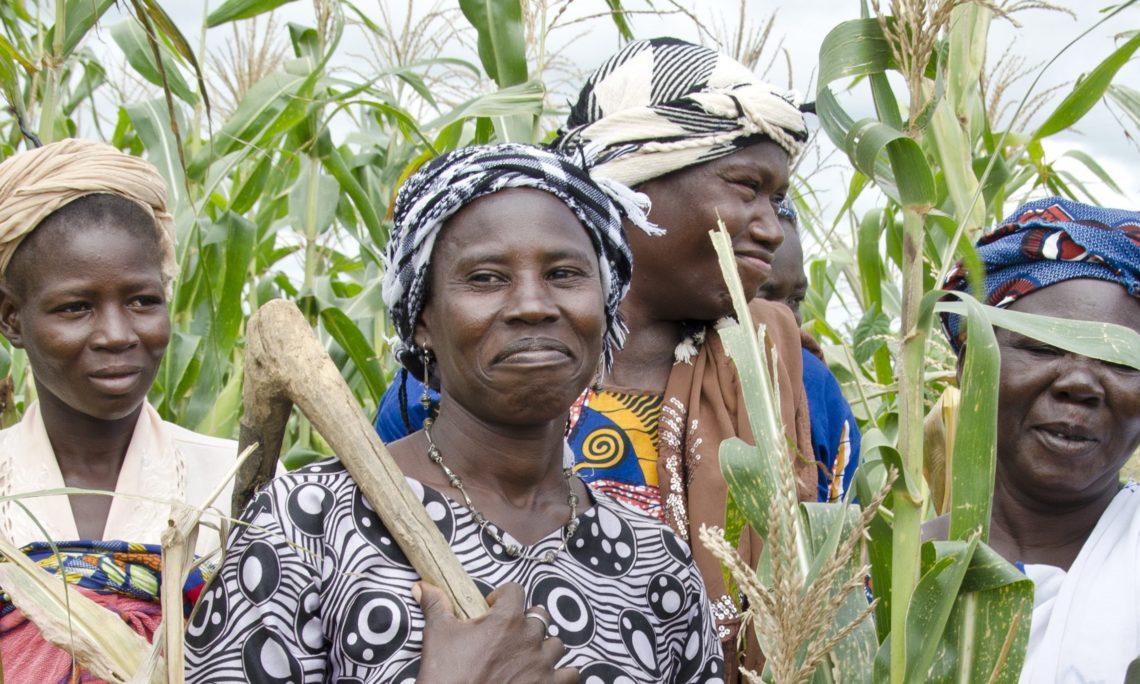 We know that when provided key resources, women can improve their lives and the future for their children. Two remarkable women I recently met in Burkina Faso showed me that innovation does not have to be large, complex or expensive, it simply needs to be well-designed with energetic and determined people to implement them on the ground.

Windso Sawadogo stood on a dike surrounding her rice field and described how these simple landmarks are changing her life.  Farming since she was seven years old, Windso barely produced enough food to feed her family.  Everything changed when she joined a World Food Program (WFP) “Food for Work” initiative to rehabilitate unproductive land for growing rice.  With WFP guidance and financial support, she helped build the dike, and with technical assistance from the U.S. Agency for International Development (USAID), she improved her technique for planting and caring for the rice.

Windso explained that the improved fields retain water longer, helping the delicate plants better withstand dry periods, while also allowing her to efficiently drain the fields when the heavy rains come.  Last year, Windso harvested 560 kg (1,232 lbs) of rice on 0.15 hectare, over four times the average for nearby farmers using traditional methods.  Selling the surplus allowed her to pay her children’s school expenses and buy needed medication. She is already planning her next move to add boreholes so that irrigation may continue into the dry season.  Windso has lots of company. Over the past five years, 3,983 farmers — 40 percent of whom are women — have benefited from this land improvement project.

Binta Sawadogo (no relation) shares Windso’s determination to improve her life.  As Binta talked, her two sons stood nearby with two sheep and a ram. Binta received them through a garden production and livestock distribution project managed by WFP, the UN Food and Agriculture Organization (FAO), and the International Fund for Agricultural Development (IFAD).  As a community leader for the project, Binta represents a women’s group that works together in a cowpea field and a 3,500-square-meter vegetable garden.  The garden provides the women with nutritious food year-round in addition to income from the sale of produce. As Binta described the project, I watched some of her partners weeding and watering the healthiest cabbages I’ve ever seen.

But Binta was even more excited about her sheep, the first livestock she has owned.  I was impressed by the program’s sustainability:  leftover vegetable leaves from the garden feed the sheep, while waste generated by the animals becomes compost for the garden. With guidance from technical experts, these animals have stayed healthy and produced lambs, which she was able to sell for $70 each, enough money for a bike to transport her sons to school.

Both Binta and Windso stressed that their newfound earning power has resulted in increased respect and influence in both their families and the communities.  As Windso said, “since, I have my own income, I have more power.”  And we know that when empowered, women spend a larger portion of their income to support their families’ education and nutrition.

My experience in Burkina Faso with Windso and Binta reinforced my confidence in the effectiveness of development programs and their ability to provide women a means to better nutrition, greater food security, income for children’s education and healthcare, and greater empowerment.